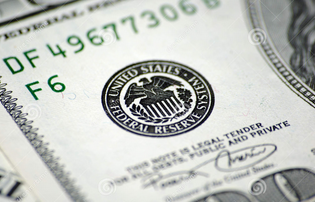 Where is this economic boom that Former President Obama and his administration had taken so much credit for?

The Obama Administration, with the assistance of the Federal Reserve and Company, deliberately kept the U.S. economy from creating any growth at all.  The money that flowed from the Federal Reserve, over the last 8 years, had a direct pipeline that flowed only into Wall Street Investment Banks. The American people were sold this false bill of sale that “Quantitative Easing” was going to make lending money to “Main Street America” easier to access. They promised that there would be a boost in hiring which would, in turn, increase aggregate demand and thereby reflect a newly stimulated economic growth!

This QE effectively down-sized the middle class into minority status.  The largest growth has occurred within the low-income category.  Despite the stock market reaching near all-time highs and real estate bubbling over once again, there are now 45 million Americans on food stamps.  This number is at an all-time high.  People are feeling poorer today than ever, and with sky rocketing real-estate prices those who do not own a home cannot afford to buy anymore!

This massive disconnect is expanding exponentially. The velocity of money is the number of times that currency is turned over to purchase domestically- produced goods and services.  One can see, as in the chart below, that the velocity of money has been steadily decreasing.  There are less transactions occurring by individuals in our economy.  One can see that the money never reached “Main Street America” which is why there has not been any demand for goods and services.

The average American is now barley scraping by and many do a lot of their shopping at dollar stores. Most the growth in the job market is in low wage jobs which have zero benefits! The clear majority of Americans have bought into the propaganda promoted by the controlled media outlets.

The masses bought into this propaganda as Wall Streets’ big banks kept artificially inflating the equity markets with free and cheap money, which was at the expense of U.S. taxpayers.

The Obama Machinery put on a stellar performance for the American people, however, this was a fictitious story. In fact, the real number, as of January 2017, of unemployed Americans currently stands at 22.9%: (http://www.shadowstats.com/alternate_data/unemployment-charts). The big gains have been largely allocated to the well-connected financial sector.

Corporations took advantage of low interest rates to buy back stock in their own companies. Since 2008, corporate stock buybacks have surpassed $2.2 trillion. These buy backs have only increased the price of corporate stocks and made their companies appear more valuable than they are. This means that stock prices are far above what they would be if it were not for extremely low interest rates.  The politicians believed that it was more important to create a false front and to continue the illusion so that they would remain in power.

The Tax Foundation reports that 60% of the population now receives more in government benefits than what they pay in taxes. What does this say about a society in which more than half of the population are living at the expense of the other half?  Currently, what is even worse is that the dependent class is steadily growing. The 60% will soon become 70%.

Representative Paul Ryan of Wisconsin, recently stated that “more people have a stake in the welfare state than in free enterprise. This is a road that Hayek perfectly described as the road to serfdom”: (https://en.wikipedia.org/wiki/The_Road_to_Serfdom). (http://www.economist.com/blogs/freeexchange/2014/03/keynes-and-hayek). (https://mises.org/library/road-serfdom-0).

Mr. Hayek stated that “Capitalism is the only system of economics compatible with human dignity, prosperity, and liberty. To the extent, we move away from that system, we empower the worst people in society to manage what they do not understand”.

He was publicly opposed to the nationalization (https://en.wikipedia.org/wiki/Nationalization) of banks and said “the bookkeeping problems of many banks are largely an artifact of foolish federal regulations. Capital standards, accounting rules and other regulations have made the financial sector excessively procyclical.”  As we are presently realizing, government control over the financial markets and the economy have failed us.  What we needed was the Federal Government to focus on job creation and to restructure our economy for new and future growth.

They were laser focused on merely bailing out Wall Streets’ big banks.  In my view, the Federal Government should only be focused on its’ constitutional responsibilities. Keeping the free markets out of their control and protection and serving the American people should be their primary goal.

They needed to allow deflation to play out its’ cyclical role. However, it turned out worse as they attempted to control it. Federal Government bailouts resulted in financial enslavement.  There was further unequal distribution of wealth in our society. Today, in 2017, I clearly see the implosion of America, as we once lived and knew it to be.

The economy was being run on non-to low growth policies intentionally.  President Obama deliberately took the path of doing absolutely nothing.  He did not want to be accountable for any economic growth most likely because a stock market crash would ensue. That would have placed pressure on wages that would cause inflation at which time the Federal Reserve would be forced to raise interest rates.  If this had occurred, all the free money which Wall Street investment banks received would not have been invested in the equity markets.

The GDP Annual Growth Rate in the United States merely expanded by 1.90% in the fourth quarter of 2016, over the same quarter of the previous year. A record low of -4.10% was reported in the second quarter of 2009.

They purchased their own shares back which sent stocks higher into unchartered territory. The way that they played the game was to keep inflation at bay and allow us to wallow in a deflationary contracting economy.  As stock prices rallied upwards, the corporate executives continued to receive heavy compensation on cheap cash being provided to them.  In the term that Chairwoman Yellen resides over, she has only increased interest rates twice by a mere marginal 25 basis points.  This was an immaterial rate hike so as the Federal Reserve could maintain their credibility. Increasing interest rates would have killed this game of “cheap money” which kept the wealth flowing into the top 1 percent.  The Federal Reserves’ decision to not raise interest rates during their last meeting (http://money.cnn.com/2017/02/01/news/economy/federal-reserve-january-meeting/index.html)  sends a clear and powerful message that they do not want to go down the path of normalization (http://www.discovery.org/a/23721) . They want to continue to artificially suppress interest rates. If they had attempted to “normalize”, it would create massive assets and derivative bubbles bursting domestically and globally. Either the bubble will burst or we will return to inflation.

President Trump wants to create the growth which former President Obama never accomplished. He is proposing tax cuts, introducing fiscal stimulus and removing all the red tape that has been so costly for small businesses to implement.  He has also promised to lift GDP to 4% by spending $1 trillion to rebuild America’s infrastructure.  This will overheat the economy!  Trying to implement his plans will call for deep cutbacks in Medicare and Social Security.  It will take years to forge ahead with legislative approval.

Where is this economic recovery that supposedly happened?   It exists in the stock market at present as the masses are enduring a poorer quality of life!