The Critical Investor delves into a lithium company’s financing and its implications.

It seems more and more likely that Standard Lithium Ltd. (SLL:TSX.V; STLHF:OTCQX; FRA: S5L) is displaying a serious commitment of giant JV partner Lanxess these days, with construction of the demonstration plant advancing rapidly along the way. Standard managed to arrange a C$5 million (US$3.75 million) convertible loan and guarantee agreement with Lanxess AG (LXS:DE) on October 30, 2019, and has already been paid out to Standard. The proceedings will be used for the ongoing development of the mentioned demonstration plant, which is capital intensive.

All presented tables are my own material, unless stated otherwise.

All pictures are company material, unless stated otherwise.

All currencies are in US Dollars, unless stated otherwise.

According to the news release, the terms are as follows:

A conversion price of C$0.80 is reasonable, as the share price at the moment of publication was C$0.68:

Investors reacted immediately to the positive news, and after a few days of trading at increased volume the stock finds itself at C$0.75 now (November 5, 2019). If Lanxess would convert into shares, the dilution would be 7%, which is very decent. But as it is a loan, the prospect of future dilution is just an option of course for Lanxess. The news release continues:

The initial interest rate of 3% is extremely low, meaning C$150,000 of annual interest payments until positive consolidated operating cash flow is achieved. The 7.5% rate in production stages is still very fair, as loans fetch often percentages around 10–15% pre-production, as risks are high. Loan periods are often limited (1–2 years) as well, and this is something where Lanxess came in with a more realistic scenario:

“The Loan is due and payable in full on the fifth anniversary, subject to the provision that at any time after second anniversary, the Lender may elect an earlier maturity date on 60 days’ notice to Standard Lithium. The Loan is secured by a charge on the shares of Standard Lithium’s direct and indirect subsidiaries (collectively, the “Subsidiaries”) Arkansas Lithium Corp. (which operates the Demonstration Plant), Vernal Minerals Corp. (a holding company which owns the shares of Arkansas Lithium Corp.), and 2661881 Ontario Limited (which owns intellectual property rights to be used in the operation of the Demonstration Plant), as well as by a security interest in the tangible and intangible property of Standard Lithium and the Subsidiaries.”

A five-year period is very generous for these kind of loans, and to me it speaks volumes about the positive intentions of Lanxess as a JV partner. They really want this to proceed, and if possible make a decent amount of money on equity if successful in my view. This didn’t come for free of course, Lanxess wanting to secure the loan against not only the demonstration plant but also the intellectual property rights, as the plant in itself probably only represents an average breakup value of 20–25% at most as it is very specific, which alone would barely cover the principal.

With this money, Standard will be able to complete the construction, installation and first testing of the demonstration plant, which is planned to start commissioning during November. This is one month later than planned in August of this year, but compared to your average pilot plant project this is still very acceptable and hardly worth mentioning. Keep in mind that Standard is planning to raise another C$10–15 million to continue testing and optimizing for the next 12–18 months, which is planned to go on parallel to construction of the large commercial plant if everything works out as hoped, even if Lanxess eventually decided to do so in Q3, 2020. As a reminder, the demonstration plant is designed to continuously process an input tailbrine flow of 50 gallons per minute (gpm; or 11.4 m3/hr) from the Lanxess South Plant, which is equivalent to an annual production of between 100–150 tonnes per annum lithium carbonate equivalent (LCE) (see news release Oct. 15,2019).

The demonstration plant is roughly designed at 1/100 of the final nameplate production capacity, should provide sufficient testing data in Q1 2020 for a planned upcoming Pre-Feasibility Study (PFS) in Q2 2020, and if the testing is successful it should be straightforward to scale to nameplate capacity after the investment decision would have been made by Lanxess. The demonstration plant is based on Standard Lithium’s proprietary LiSTR technology, that uses a solid sorbent material to selectively extract lithium from Lanxess’ tailbrine. The environmentally friendly process eliminates the use of evaporation ponds, reduces processing time from months to hours and greatly increases the effective recovery of lithium.

To see Lanxess seriously providing funding for the first time with hard cash, besides providing Standard with a location for the demonstration plant and the opportunity to test the proprietary lithium extraction process, is noteworthy in my view. Up until this point it was risk-free sailing for Lanxess, having Standard raising all the cash and developing methods, economic studies and demonstration plants. After this loan, things seem to get more serious for the giant chemical company from Germany, as it is very involved in material innovations for batteries and electromobility. Lanxess already offers many products and solutions along the value chain of lithium-ion batteries, and a wide range of polyamides and polyesters for the electric powertrain. It specifically mentions the project for extraction of lithium from in-house sources besides the other two I just mentioned, indicating the importance for them.

As a reminder: the economics indicate a pretty robust project, at a capex of US$437 million an operation can be constructed with an after-tax NPV8 of US$989 million and an after-tax IRR of 36%, based on an average long term LCE price of US$13,550/t. I viewed this base case price as high, as it was based on a 3-year average, which is not very realistic in the lithium product realm. However, based on current LCE spot prices of about average US$11,500/t, after tax figures would still come in economic, and this is important. Depending on successful testing of course. Three scenarios are presented, the 20.9kt LCE pa (per annum) base case, and the hypothetical 30kt LCE pa expansion scenarios:

These figures are based on 100% project ownership economics, and 100% equity financed, which is standard for economic studies or hypothetical estimates like this. In the news release dated November 12, 2018, Lanxess is committed to provide project finance to the JV when testing and the PFS are successful for them, and Standard will probably be an estimated 30% JV partner (according to company documents filed on Sedar). Regarding the NPV8, I have been very conservative, taking into account that management indicated to me that they expect a lot from optimization programs for brine and processing. This could actually imply improved economics for the upcoming PFS.

As initial capex is US$437 million, and Lanxess would provide financing for the entire project for construction, and as reported in the company’s prospectus filed last spring Lanxess will take 100% of the off-take, the current market cap of Standard Lithium is just C$69.6 million (or US$52.9 million), it seems to make more and more sense to me that Lanxess will buy out Standard outright when testing and PFS proves to be successful, as the Standard market cap is just about 25% of their attributable base case NPV8. Even at a double from now it seems Standard will be a bargain, not accounting for any expansion and/or optimization programs. I’m very much looking forward to the all-deciding testing that is about to start.

Standard Lithium received another strong vote of confidence from JV partner Lanxess, by providing hard cash. This is a pretty encouraging sign in my view, as up to now Lanxess only provided support through means that hardly cost them anything. As Lanxess is now showing its attention to the importance of electrification with their New Mobility business (p.54), it seems very interested in production of lithium products themselves, and combined with upside potential for their JV project with Standard and low valuation of Standard compared to NPV8 it doesn’t seem very unrealistic for Lanxess to buy out Standard outright when testing and PFS deliver economic results during Q1/Q2 of next year, as the project is already totally in their own backyard, and a potential cash cow bolt-on on existing operations. 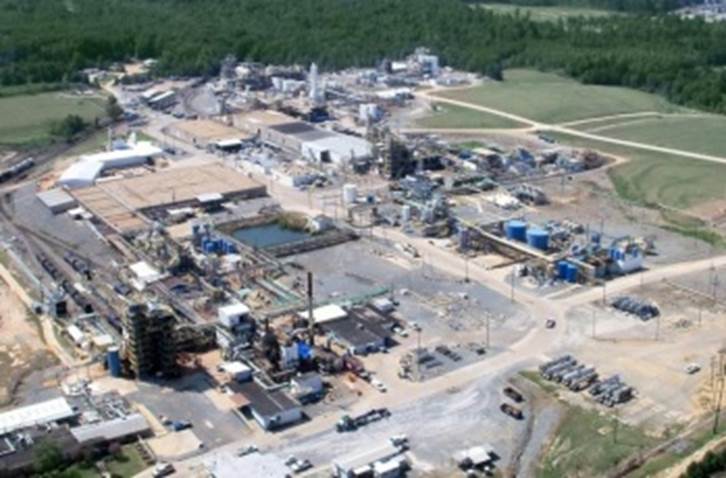 I hope you will find this article interesting and useful, and will have further interest in my upcoming articles on mining. To never miss a thing, please subscribe to my free newsletter on my website http://www.criticalinvestor.eu to get an email notice of my new articles soon after they are published.

The Critical Investor is a newsletter and comprehensive junior mining platform, providing analysis, blog and newsfeed and all sorts of information about junior mining. The editor is an avid and critical junior mining stock investor from The Netherlands, with an MSc background in construction/project management. Number cruncher at project economics, looking for high quality companies, mostly growth/turnaround/catalyst-driven to avoid too much dependence/influence of long-term commodity pricing/market sentiments, and often looking for long-term deep value. Getting burned in the past himself at junior mining investments by following overly positive sources that more often than not avoided to mention (hidden) risks or critical flaws, The Critical Investor learned his lesson well, and goes a few steps further ever since, providing a fresh, more in-depth, and critical vision on things, hence the name.

The Critical Investor Disclaimer:
The author is not a registered investment advisor, and currently has a long position in this stock. Standard Lithium is a sponsoring company. All facts are to be checked by the reader. For more information go to www.standardlithium.com and read the company’s profile and official documents on www.sedar.com, also for important risk disclosures. This article is provided for information purposes only, and is not intended to be investment advice of any kind, and all readers are encouraged to do their own due diligence, and talk to their own licensed investment advisors prior to making any investment decisions.

4) The article does not constitute investment advice. Each reader is encouraged to consult with his or her individual financial professional and any action a reader takes as a result of information presented here is his or her own responsibility. By opening this page, each reader accepts and agrees to Streetwise Reports’ terms of use and full legal disclaimer. This article is not a solicitation for investment. Streetwise Reports does not render general or specific investment advice and the information on Streetwise Reports should not be considered a recommendation to buy or sell any security. Streetwise Reports does not endorse or recommend the business, products, services or securities of any company mentioned on Streetwise Reports.
5) From time to time, Streetwise Reports LLC and its directors, officers, employees or members of their families, as well as persons interviewed for articles and interviews on the site, may have a long or short position in securities mentioned. Directors, officers, employees or members of their immediate families are prohibited from making purchases and/or sales of those securities in the open market or otherwise from the time of the interview or the decision to write an article until three business days after the publication of the interview or article. The foregoing prohibition does not apply to articles that in substance only restate previously published company releases.

Charts and graphics provided by the author.