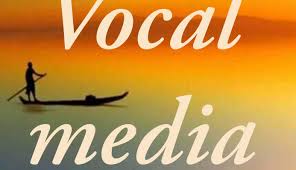 Hemp: The Natural Response to Plastic Pollution by VISHAL VIVEK 4 days ago in INDUSTRY Hemp: A Victim of Human Folly The current rate of plastic production is about one billion tons in three years. That is what a 2016 article in ScienceDaily says, quoting a University of Leicester study. Plastic is inert and hard to degrade. So it becomes a toxic techno-waste that has severe polluting effects on the earth’s biodiversity A National Geographic report says that plastic kills millions of marine and land animals every year. Experts have found out that all species to have eaten microplastic – from small shrimps to big elephants. The effects vary from damaging the digestive and reproductive systems to death. But Mother Nature has provided a simple solution to this menace: the hemp plant. Hemp: A Victim of Human Folly Hemp, or industrial hemp, is one of the earliest plants that our ancestors cultivated and used. Archeologists have found evidence of the use of hemp fiber some 10,000 years ago. Experts estimate that hemp cultivation began about 8000 years ago. The many benefits of hemp have been available to human beings for centuries. But its cultivation and use were banned in most countries across the globe in the 20th century. The only crime of the plant is that it belongs to the same species, Cannabis Sativa, as marijuana. But there is a significant distinction between hemp and marijuana. That is in the concentration levels of tetrahydrocannabinol (THC), the component that gives marijuana its psychoactive properties. Marijuana … END_OF_DOCUMENT_TOKEN_TO_BE_REPLACED