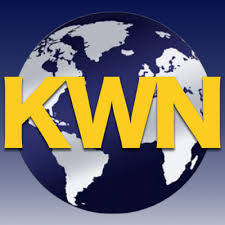 October 06, 2017 As we come to the end of the first week of trading in what promises to be a wild October, today multi-billionaire Hugo Salinas Price warned we are on the verge of a worldwide monetary revolution that will bring the US to its knees. This Will Bring The US To Its Knees October 6 (King World News) – Multi-billionaire Hugo Salinas Price:  “Once again, I turn over in my mind the Chinese plan regarding their imported oil, which consists in convincing their oil suppliers to accept yuan in payment (and thus re-directing their sales outside the orbit of the US dollar) with an additional sweetener in case the oil exporters do not wish to hold assets denominated in yuan: the sweetener consists in offering to exchange the yuan received by the oil exporters, for gold purchased on the world markets – and not out of Chinese reserves… Multi-billionaire Hugo Salinas Price continues: “Again, I mention that for the first time in 46 years – ever since that fateful date, August 15th, 1971, when Nixon took the US “off gold” – gold is once again mentioned as part of a commercial deal – and one of great importance.  “There is more than one way to skin a cat” says an old proverb. And there is another way to bring the US to its knees, besides using hydrogen bombs or EMPs. If the US cannot stop China from implementing its “oil – for yuan – for gold” program, then the fate of the US … END_OF_DOCUMENT_TOKEN_TO_BE_REPLACED

May 03, 2017 ALERT: 44-Year Market Veteran Says Panic Selling Now Taking Place In Gold & Silver Markets! With continued weakness in the gold and silver markets, today King World News interviewed the man who has been in the gold and silver business for over 44 years, and what he said about the panic selling that is now taking place was truly fascinating.   Eric King: “Bill, I know you’ve had many gold and silver sell orders taking place recently. You’ve been watching these markets for decades. What is happening here as you see it? Massive Liquidations Taking Place Bill Haynes, founder of CMI Gold & Silver, one of the largest metals dealers in the United States: “Eric, it’s unnerving how many liquidations are taking place. It has now reached the point where the four major wholesalers have been repeatedly lowering their bids on both gold and silver. Meaning, when a customer liquidates, the wholesalers’ bids on the other end are not what they used to be. At this point we are seeing about 30 percent more sell orders than buy orders… “The Last Time We Saw This Was In The 1980s” Eric, in my 44 years in the metals business I can tell you that this is a very rare situation. The last time we saw this was in the 1980s. I have been doing this for almost half a century, and I am shocked at how bad the sentiment is in the gold and silver space at this … END_OF_DOCUMENT_TOKEN_TO_BE_REPLACED