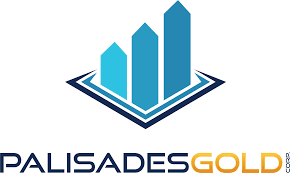 January 17, 2020 By Collin Kettell What will it take for juniors to move? On January 7 gold broke above $1,600 per ounce for the first time since 2013, on the back of retaliation by Iran against the United States. As often is the case, this move in gold prices occurred during afterhours trading. By morning, gold had retraced the key level. Gold stocks never so much as benefited from the excitement, instead suffering a harsh day in the red. For investors focused on the juniors, the day proved particularly painful. This price action sparked calls from frustrated investors curious to make sense of the erratic moves. One of those calls came from a good friend of mine who posed a question that has become the inspiration for this week’s article – How is it that at $1,600 gold, the juniors are priced at 1/10th of where they were last time when gold was at the exact same price in 2013? This is a fantastic question. The answer is critical for junior resource investors, as it has far reaching implications that are instructive on how to profit from the upcoming move. Remember that junior resource companies are fundamentally unlike major mining companies. Mining companies produce gold with an aim to generate profit by selling that gold at a higher price than the cost to extract it. As such, a comparison between the valuation of major mining companies today versus the last time gold registered these levels is a worthwhile exercise. Let’s take … END_OF_DOCUMENT_TOKEN_TO_BE_REPLACED