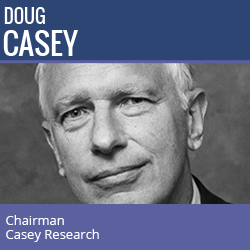 Doug Casey on Why Having a US Passport Is No Longer an Advantage by Doug Casey                       International Man: In recent years, record numbers of Americans are renouncing their citizenship. What is going on here? Doug Casey: Well, it used to be that having a US passport was a tremendous advantage. But over the years, it’s turned into an albatross around the necks of the people who own one. America is the only major country in the world that taxes its citizens no matter where they live. Even if an American moves abroad—he never returns or even sets foot in the US again—he’s obligated to file taxes and, at best, can get a $100,000 or so exemption on earned income. That makes it extremely costly to be an American. But on top of that, the US government forces Americans to file many forms having to do with their foreign financial dealings. And they’re precluded from buying various assets or investing in various countries. There are other disadvantages too because of the aggressive foreign policy stance that the United States has taken, certainly since World War II: invading numerous countries. If a terrorist takes over an airplane or hotel, it’s unlikely that they’re going to want to execute all the Mexicans or all the Latvians; chances are they’ll want to single out people who carry US passports. Actually, there are no longer any advantages to being an American and lots of disadvantages. … END_OF_DOCUMENT_TOKEN_TO_BE_REPLACED