The Federal Government is promising massive loans to large corporations due to the massive slowdown and halting of much business due to the covid-19.

What will the government get in return for those loans, if anything?

On Tuesday evening we had news, that yes, the government will be receiving stock warrants on many of the airline companies being a part of the loan/bailout program. We still ask, ‘what about Boeing”, ‘what about other industries’? 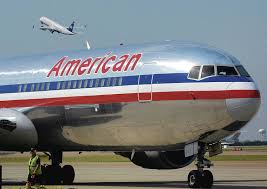 Barrons Article Out This Morning:
Airlines Are Finally Getting a Government Bailout. Here’s Why Their Stocks Are Falling

This appears to parallel the situation in the financial crisis in 2008-2009 where the government stepped in and bailed out the banks and auto industries.

As I write this, I have not seen the details of the stock warrants for each airline company, i.e., the exercise price of the warrants and the expiration date.

In the financial crisis, all of the large banks including J.P. Morgan Chase, Bank of America, Wells Fargo and many others received loans from the government. Also, General Motors and Ford were bailed out. In return the government received stock warrants (most with a 10 year life). In effect, the government had an equity interest in each company.

Eventually the government sold those warrants (cashed in) and those stock warrants began publicly trading on the U.S. stock exchanges. Investors had the opportunity to purchase these warrants which gave them greater upside leverage than purchasing the common shares of those companies. In my, “The Stock Warrant Handbook, Your Personal Guide To Trading Stock Warrants”, I mention that while the common shares of Bank of America increased by 114%, the stock warrants gained 2,376%, a leverage of 20.8 to 1. Many investors made millions of dollars by buying these warrants.

There is little doubt that one day, perhaps a year or two, we will be hearing that the government is selling these airline warrants via a placement in the market at which time the warrants will become publicly traded giving investors an additional way to own the airline stocks.

These new trading stock warrants on the airline companies will be a welcome addition to our current databases of resource companies, biotechnologies, pharmaceuticals, shipping and many more industries.

Perhaps this would be a great time to join us as a subscriber?

DocGo Inc., a leading provider of last-mile mobile health services (Nasdaq: DCGO), announced today that it will redeem all of its outstanding warrants (the “Public Warrants”) to purchase shares of DocGo’s common stock, par value $0.0001 per share (the “Common Stock”), that were issued under the Warrant Agreement, dated as of October 14, 2020 (the …